Business 4 Climate action – B4CA is a collective of business owners from the Scenic Rim and surrounds who have a concern about the climate crisis and who want to do something proactively about it as a united group.

The Scenic Rim has been placed in the top 20 council regions most likely to be affected by climate change.*

Two pillars of this region’s economy are agriculture ($300 million+/year) and tourism ($150 million+/year) – with a signature “Eat Local Week”, now in its 10th successful year, bringing the two industries together.

The region is rich in natural assets – it has more than half of Qld’s land-based World Heritage-listed National Park, cloud forests with ancient trees, rare and endangered animals and plants that are found nowhere else in Australia, and it is the third most biodiverse region in the nation.

The region is also rich in soils and rivers that allow it to claim the title of “the food bowl of Brisbane”. It has traditional crop farming such as vegetable production, dairy and meat production, and hay, as well as boutique farming such as camels milk, native finger limes for export, coffee, goat ice cream and soaps, and many vineyards.

The system of creeks and rivers (the Logan and the Albert) supported by a number of SEQ irrigation dams allow a bountiful patchwork of farms to flourish.

Climate Change and the climate crisis that is now upon us has been giving regular and sometimes forceful red flags, however our local, state and federal government have not adapted their actions and policy quickly enough to prevent or respond to it. It is now at the point that business is threatened, both now and increasingly into the future.

This is not business as usual 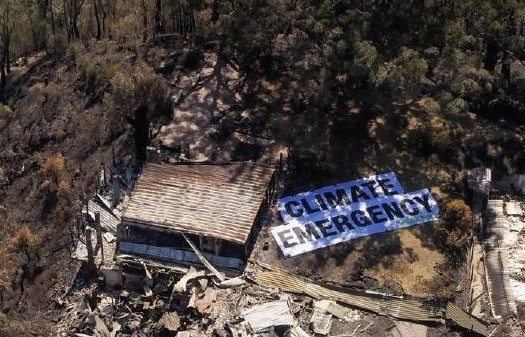 The banner at Binna Burra placed by Lisa and Tony Groom said it all after the fire – “This is a climate emergency”.

There is no evidence that any level of government in the Scenic Rim is responding at the speed and detail needed to prevent the unraveling of agriculture and tourism and other industries in the Scenic Rim and around Australia.

This is not business as usual.

What can we do?

Is your business concerned about the effects of climate change that we are experiencing now and into the future?

We invite you to join the B4CA local business response to the threat of climate change.

Right now you can: